Max Salvo is the maximum number of guns a ship can fire at a single time.

Ships with batteries placed down the centerline can get all of their guns firing on a target at one time. Some ships, like French battleship, Courbet or American cruiser, Omaha, can only have a portion of their full complement of guns can fire at once.

Max Salvo is used in calculations like Alpha Strike, RPM, DPM, and more.

Round Per Minute (RPM)

Rounds Per Minute is the maximum number of rounds a ship can fire in a minute.

RPM is essentially a function of how quick the guns reload, and how many of them you have. It's more essential a metric for cruisers and destroyers, where DPM is bread and butter.

However, for a battleship in close quarters with other battleships, having a reload time edge can be crucial.

Alpha Strike is maximum amount of damage a ship can do in a single salvo.

Alpha Strike can also be thought of as burst damage potential. In general, ships with a higher Alpha Strike will be less reliant on DPM to burn down opponents.

You'll find battleships and heavy cruisers to have the highest Alpha Strikes in your fleet.  Some destroyers, like the Yudachi also rely on high Alpha Strike potential from their torpedo armament.

Damage Per Minute is the maximum amount of damage a ship can inflict in a minute.

If Alpha Strike is the one shot kill, DPM is the slow and steady burn.

Light cruisers and gunboat destroyers, like the Soviet line, tend to have high DPMs. This is often paired with a high chance to cause fires, leading to some complaints about HE spamming cruisers.

This is the chance a ship's full slavo has to cause a fire, assuming 40% of shells hit home.

Where other measures listed here are more theoretical (it's unlikely you'll ever score a full salvo of citadels on an opponent), this aims to be more realistic. With about 40% of shells hitting home, you get a good picture of how your salvos will set fires.

This is the time it takes for a torpedo to travel across its detectability range.

A very useful metric for judging how hard it is for your opponent to dodge your torpedoes. This makes much more applicable sense than just judging speed or detectability range. 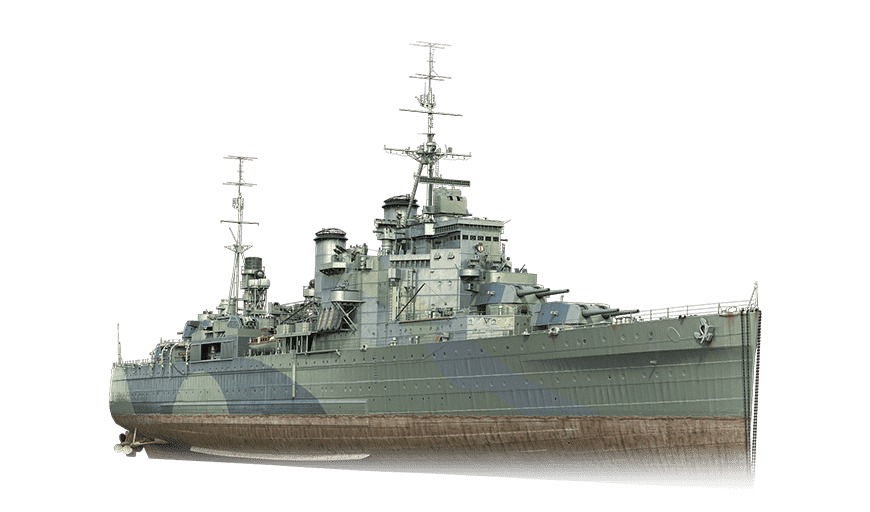 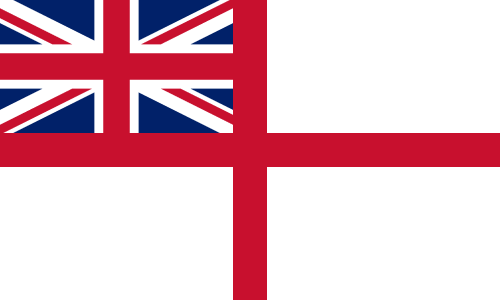 The lead ship in the second series of County-class cruisers—British "Washington Treaty" cruisers armed with eight powerful 203 mm guns. The cruiser was rebuilt during extensive modernization undertaken in the late 1930s, which changed the ship's exterior and reinforced her armor and AA batteries. 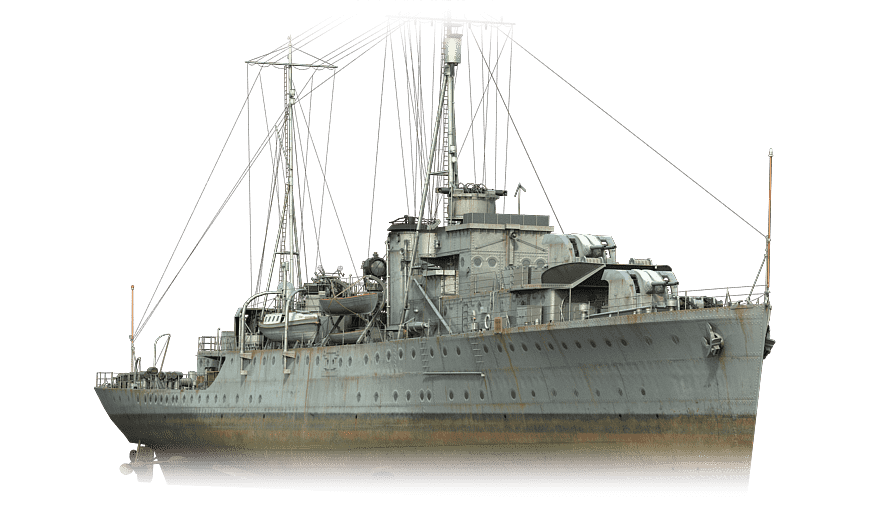 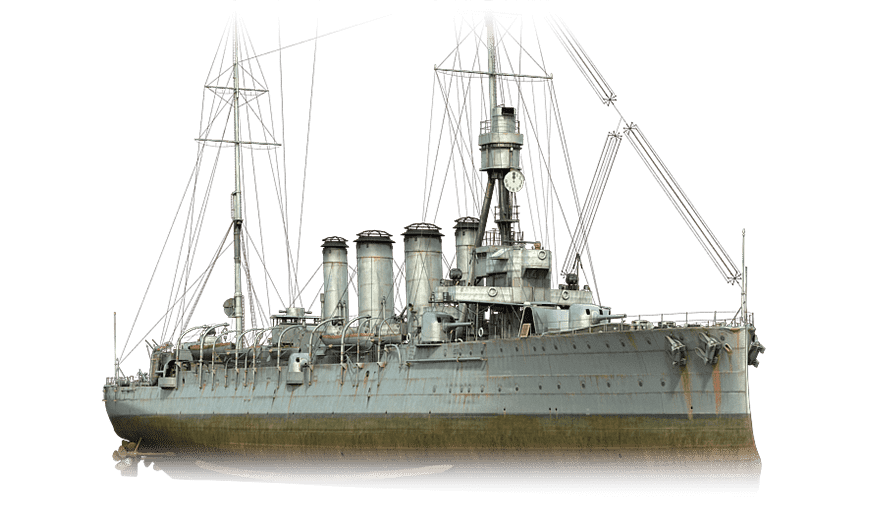 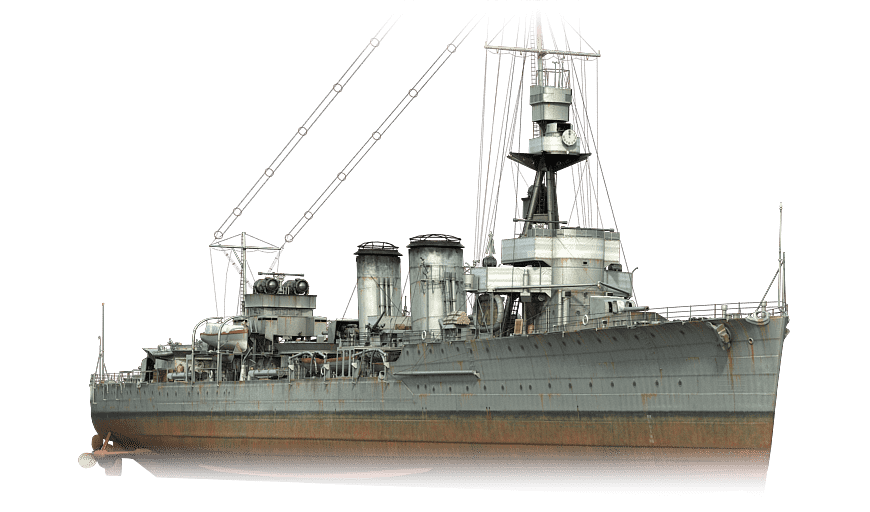 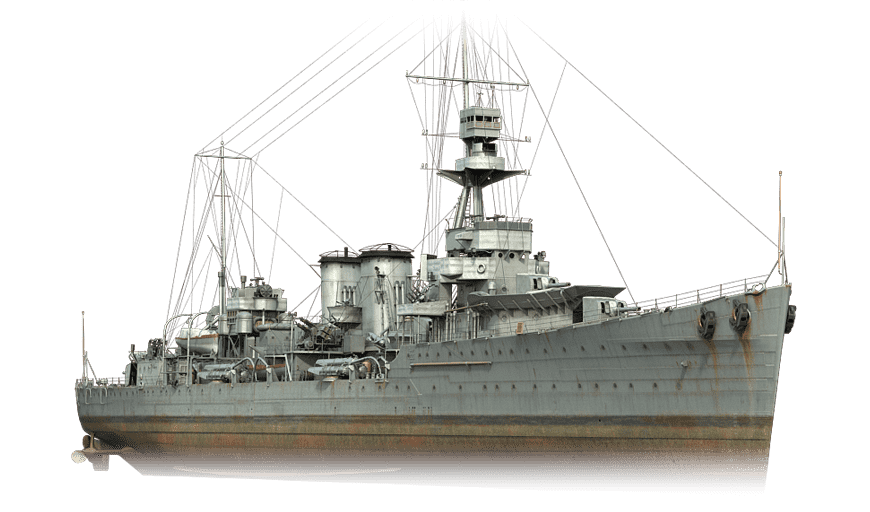 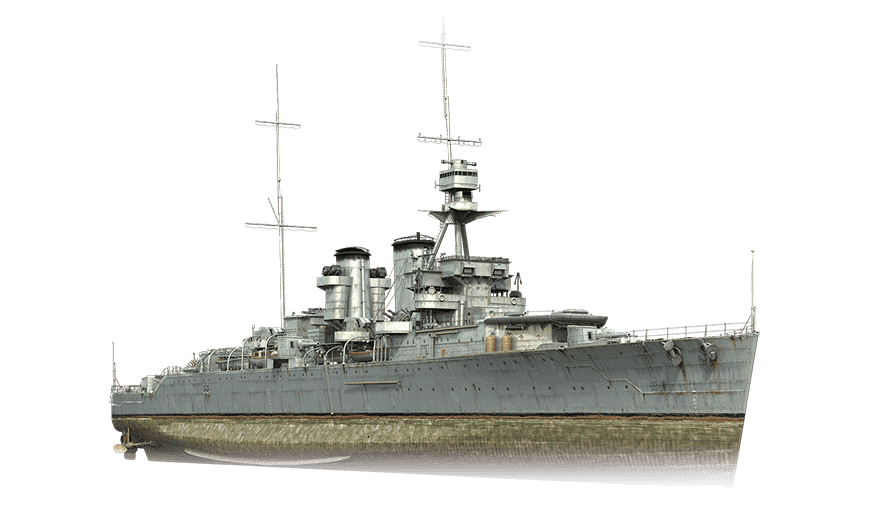 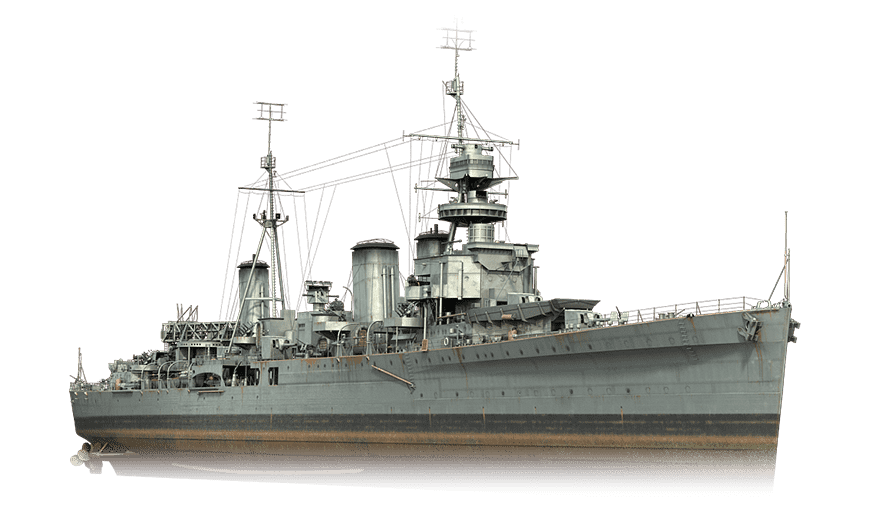 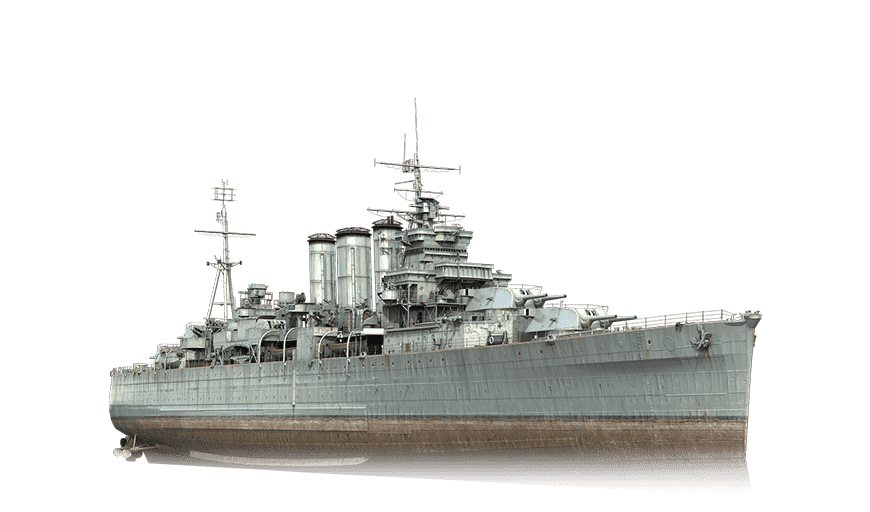 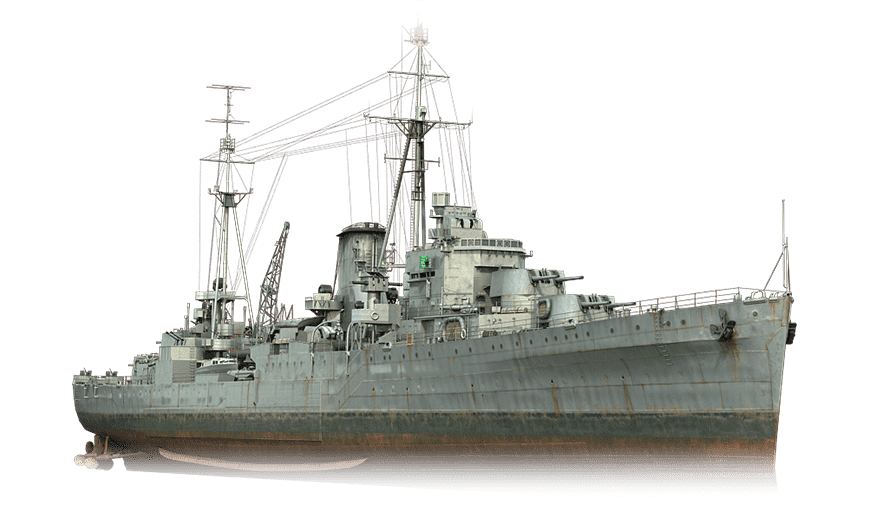 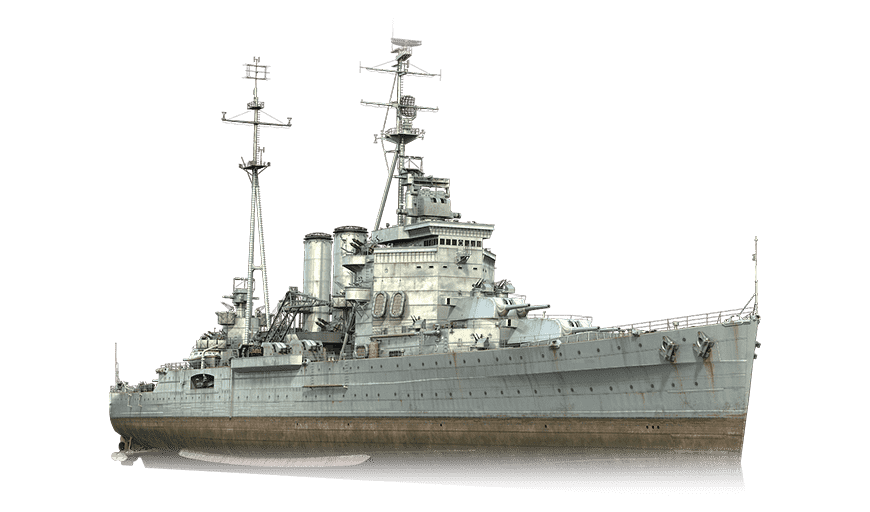 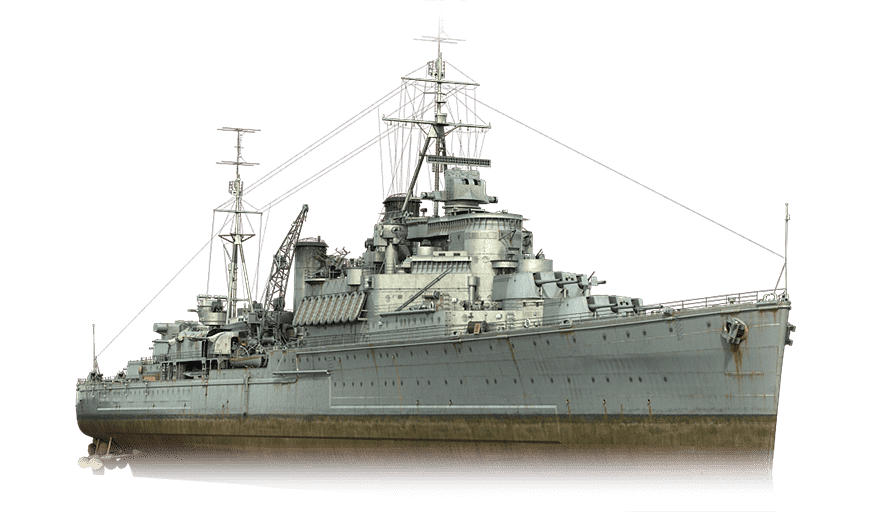 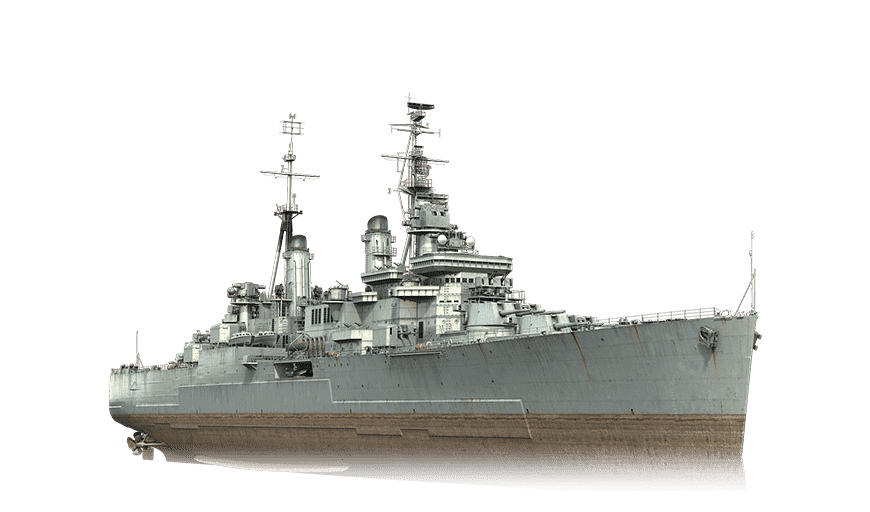 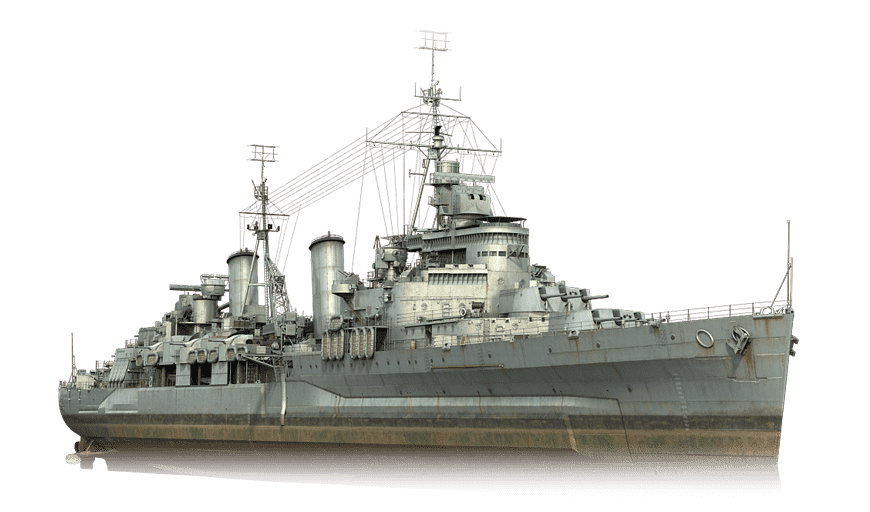 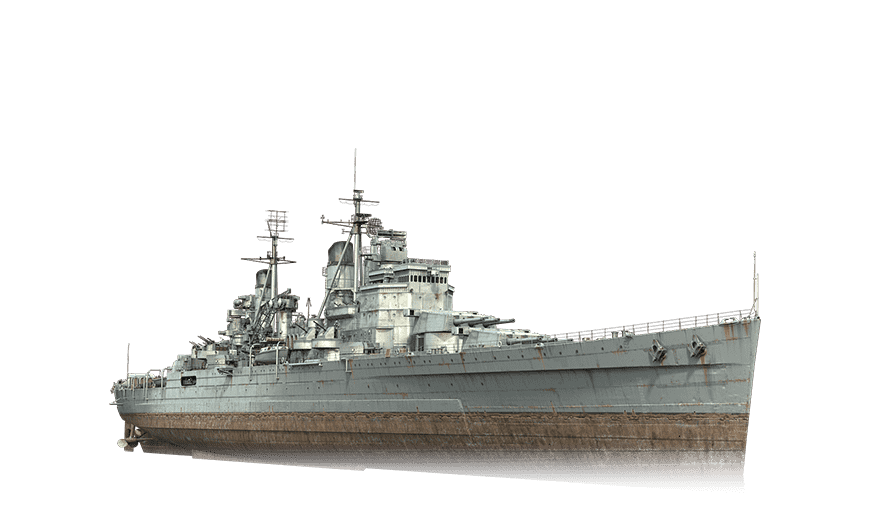 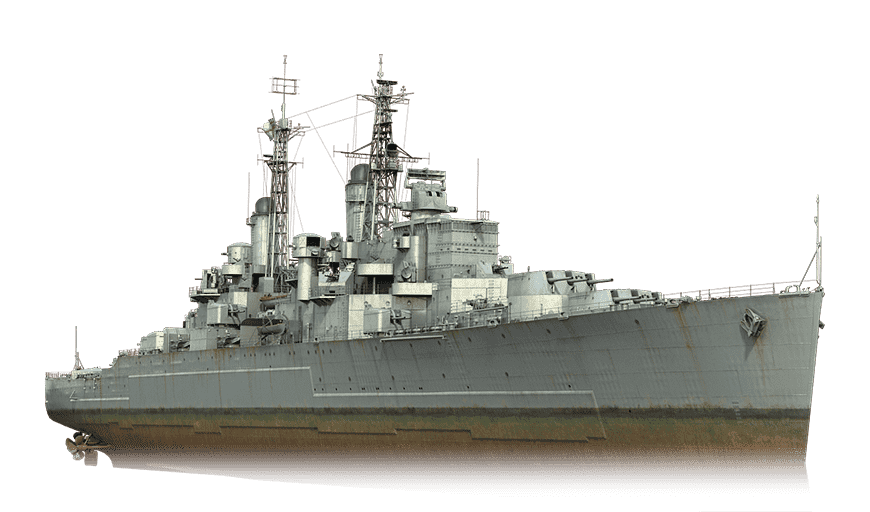 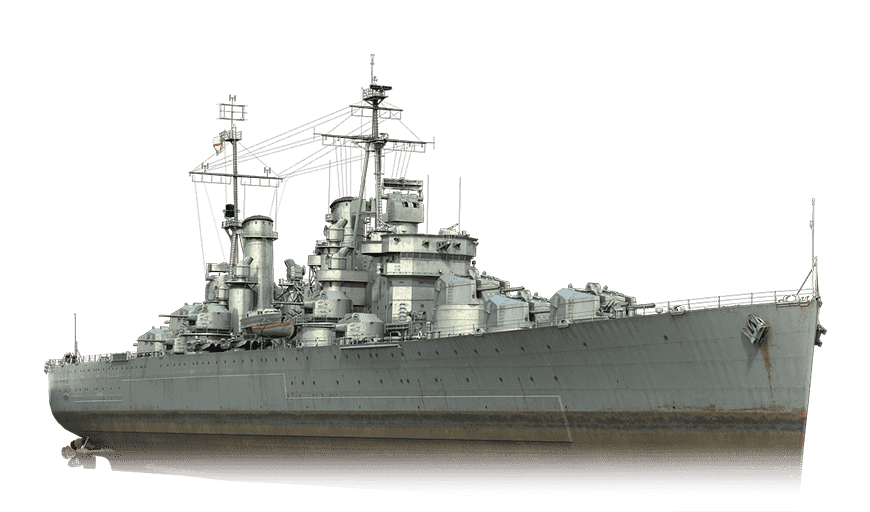 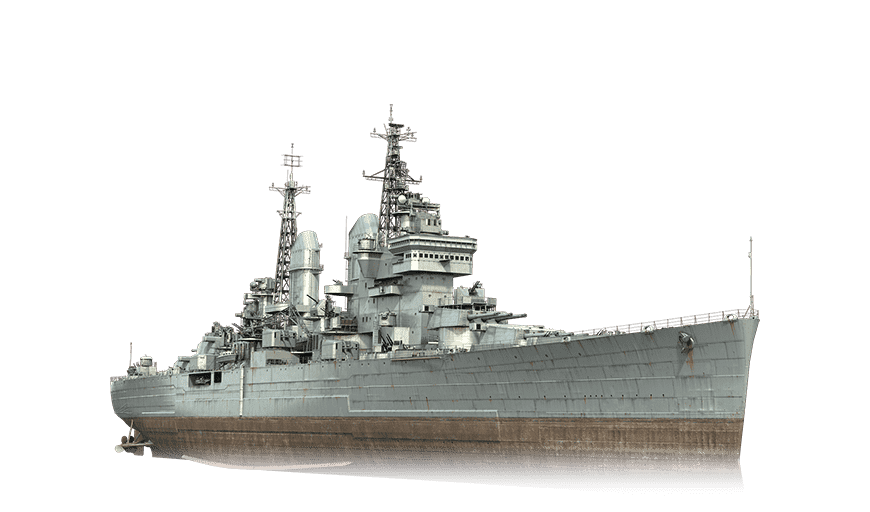 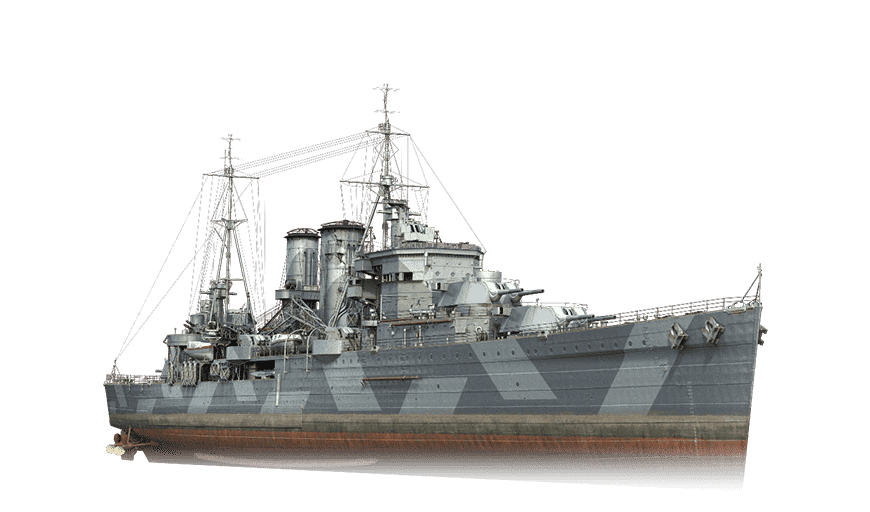 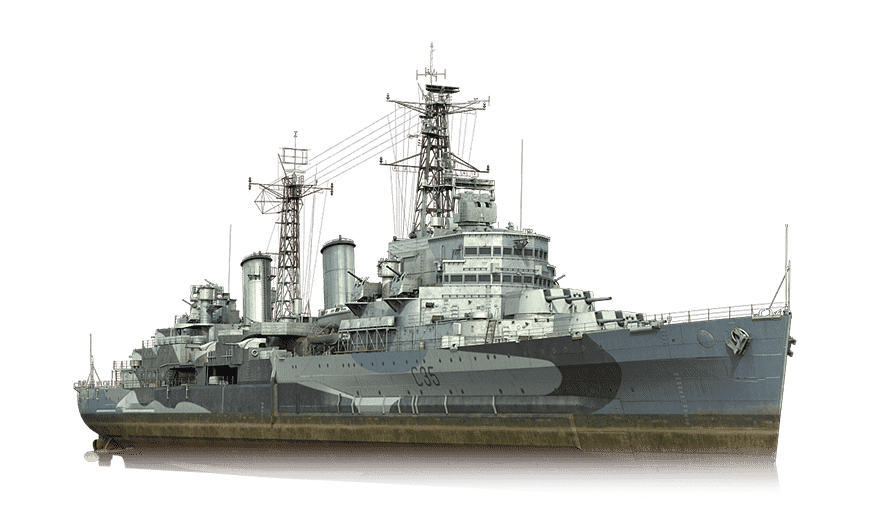 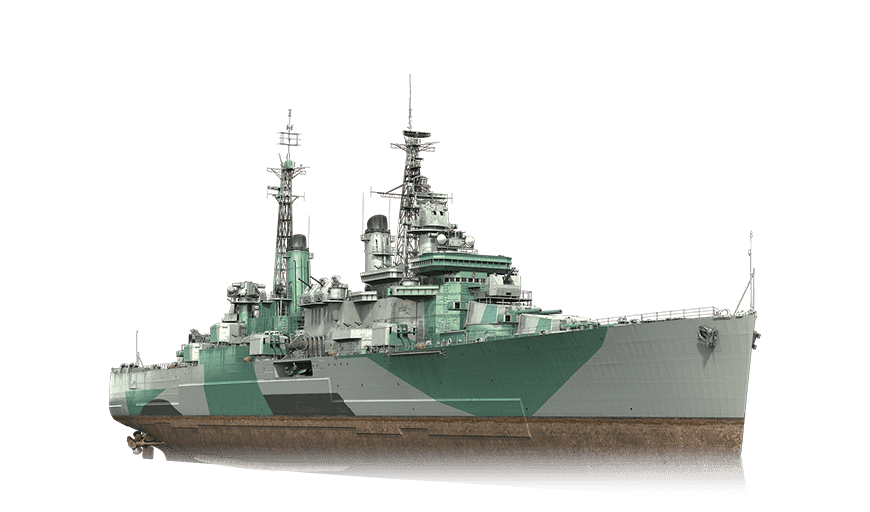 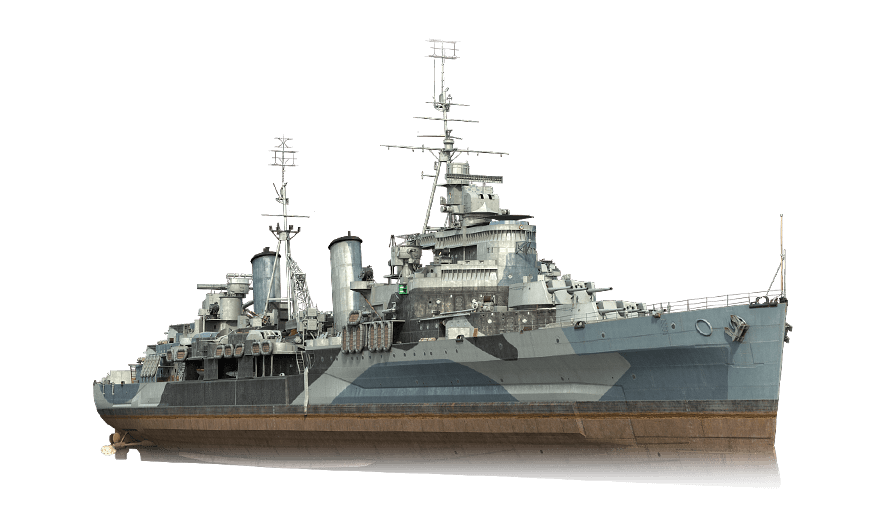 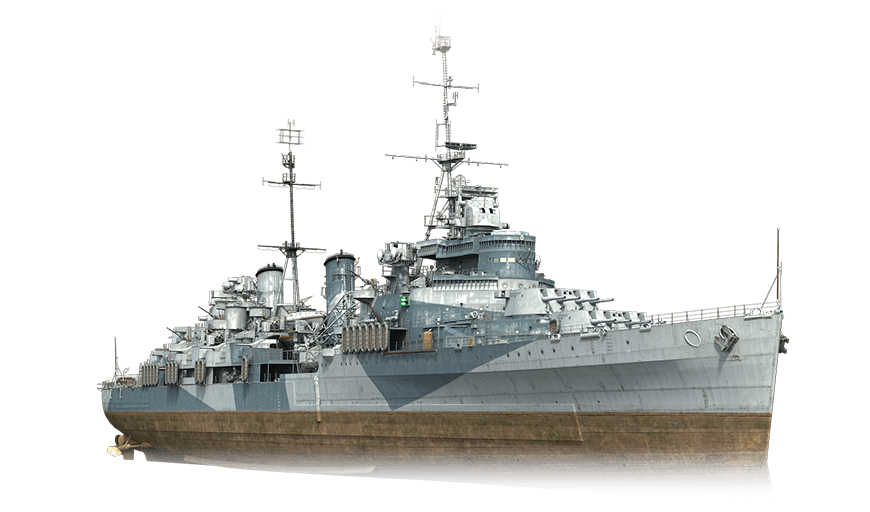 No builds found for this ship.
Submit Your Build

Build Submission Recieved!
Thanks for your submission. Your build will be posted shortly. Refresh this page in about 30 seconds to see your build.
Something went wrong while submitting your build. Please make sure you have all required fields filled out